Watch House uses cookies to ensure that we give you the best experience on our website. If you continue we assume that you consent to receive all cookies on our website. More Information. I Agree

Original manufacturer serial numbers on all watches • 60 day money back guarantee • Save 15% with Voucher Code JUN15
Zeppelin 8680-3 Serie 100 Jahre Zeppelin Men's Alarm Chronograph
The black leather strap with white stitching fits perfectly into the shots of the stainless steel case, whose polished surface has an almost architectural-like shape. Both the pushers and the corrugated crown control the time and further complications of the 8680-3 chronograph from the 100 years Zeppelin series. These include: Start-Stop including ADD and SPLIT, with tenth of a second on the small totalizer next to Nine, small minute next to the three, date field on the four, tachymeter and telemeter scale, and a 12-hour alarm with sound on the six , The entire dial is covered with environmentally friendly luminescence that makes it appear bluish at night or in the dark. The heart of this chronograph comes from Switzerland. The Ronda 5130.D Analog Quartz Caliber is a 13-jewel metal movement, whose battery powers the chronograph for four years. A chronograph made in Germany that keeps its promises. 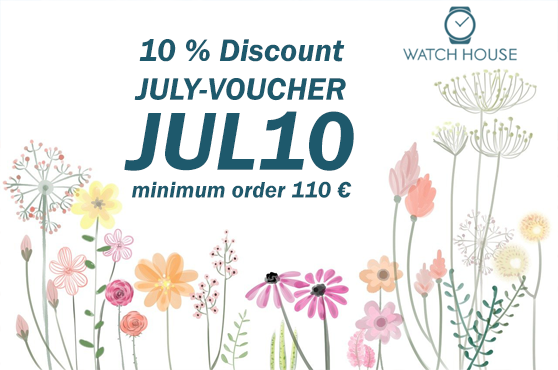